Please do wander over to Rebelsatwork.com for my latest musings on being a corporate rebel. Here’s the link: The Rebel Life

What is your Toothpick? (and what do you do when you get screwed?)

So today I was assembling some Ikea outdoor furniture. I’ve probably assembled close to 50 Ikea pieces in my lifetime. This one was a little more complicated than I was used to. It was called Applaro, as Ikea is wont to do, but with Swedish double dots above the first A and the O. It had 14 total steps involving an adjustable back and the ability to fold and store it away. 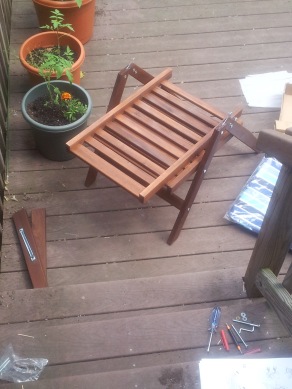 So of course I was sweating it. I’ve had experiences when I’ve been assembling, let’s say a futon, when I’ve got to the like very delicate point where it’s supposed to do the futon thing and fold away, and realized that I’d put everything together exactly backwards. And I had the flu that time as I recall. (To be fair that was not an Ikea piece.)

Nothing that bad happened this time. My first problem though was when one of the screws wouldn’t tighten nicely into it’s groove. Luckily, a very good friend of mine who is very handy has told me that many such problems can be solved with the strategic insertion of a toothpick. And so I did. And so it did. 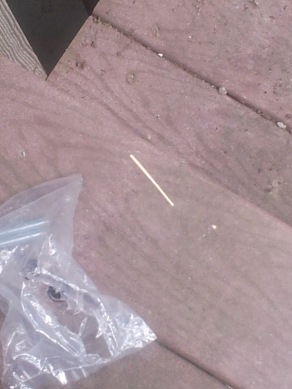 And this got me to thinking about management. Yup, just sitting there on my deck on a beautiful Sunday afternoon in the mid-Atlantic. I suddenly, in a flash of revelation, saw the toothpick as a metaphor. So as a manager, what’s your TOOTHPICK? What’s that thing you always do when things don’t go right? We all have toothpicks. I suspect we all revert to our primeval management instinct. Mine is always to have a conversation. I know, it’s not very commanding and certainly not very sexy. But I find it very effective. It fits my style. It builds on what I’m good at. During my career I fretted once or twice or more that my management style was not “strong” enough for the CIA. But no matter how hard I try, I do “mean and nasty” rather poorly. And I would like to think most people who’ve worked for me would say I’m not controlling. But you would have to check. In the end, however, I decided I could only be the very best version of myself. That was truly my only path to excellence. So my question to you is do you know your toothpick? You have one, I’m sure, and if you don’t know what it is, you need to figure that out. 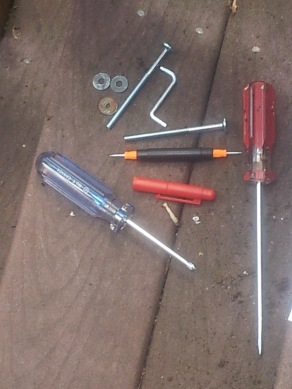 The silly screw problem got me to thinking even further. Now in this case the screw just wouldn’t tighten from the get go. I never got a chance to overtighten it. But I’ve had that experience too. When you twist just once too often and the whole dynamic falls apart. Now that’s clearly a metaphor for management. The manager is always trying to influence matters she can’t fully control. And when he tries too hard, when he responds to uncertainty by becoming more controlling, almost always nothing good happens. In fact, he and his team gets screwed.

In the end the AAPLARO was assembled more or less as IKEA intended. I did lose a piece when it fell through one of the cracks in the deck and into the crawl space full of ivy. Luckily, I have a drawer full of leftover IKEA parts from previous assemblies. I can always find what I need there.

You can Act Like a Hero, Just Don’t Be One

The other day I posted an observation on Twitter, which I’ve posted once or twice before, that yet again I had been reminded that Heroism is not a viable Leadership Strategy.

Someone asked me to say more.

I included the same statement a couple of years ago in my Lessons from a CIA Manager, but didn’t expound there either.

So what do I mean?

Leaders sometimes have to take heroic actions. The occasion calls for it. Nobody else can do what the leader must do. It my be as “simple” as telling a higher up that their preferred course of action is not advisable. Or it may require real physical courage, as can be the case on the field of battle.

But it strikes me that heroism, almost by definition, does not work as a longterm strategy. Even for military generals, leading from the front has been replaced by a more complex blend of leadership styles. This is the subject of military historian John Keegan’s excellent book, The Mask of Leadership, where he observes how the brave and really reckless heroism of Alexander the Great and even the Duke of  Wellington has over the centuries been replaced by more measured leadership strategies.

Leaders in more quotidian situations, such as corporations, perhaps don’t see how they could ever be accused of heroic leadership. But I wold argue that they can fall into the trap rather easily.

What are some examples of heroic leadership behavior that can occur in any workplace?

Do any of these sound familiar?

Finally, the real problem with heroic leadership as a strategy is that it weakens the rest of the organization. Those who are led by heroism often fail to develop their own bravery. While a heroic leader on a winning streak can compensate for organizational weakness for a while, at some point he or she will falter and the organization will be worse off for it.

Check out my other website, rebelsatwork.com, for my latest post there where I discuss how heroism is also not an effective strategy for corporate and organizational rebels.